Mum doesn’t just talk to Orson, she listens, looks and then responds – in this chapter we look at attunement and how it supports communication, including clear examples of motherese – laying the foundation for language development. We also witness some of Orson's first smiles of delight as he becomes a social contributor to the family and has turn taking conversations.

He’s now ready to communicate in more complex ways. He’s recently discovered he can smile and make new noises. It gets a great response. Mum loves it and smiles and chats back. This positive response to his actions encourages him to do it again. Mum pauses to let Orson reply and a turn taking conversation has begun. This is the beginning of language development. Being spoken to and listened to is vitally important but even more important is being responded to. It’s not just about talking to the baby but rather responding to the baby’s cues.

Now Orson’s eyes can focus further he can look more carefully at the objects he’s interested in. Mum responds recognising how he has a mind with interests, so she talks for him.

‘One of the wonderful things that adults do when they talk to babies is they almost instinctively seem to adjust their voices to this musical way of talking to babies. For example, it’s like “hello – how are you? – aren’t you gorgeous? – look at you – aren’t you the most beautiful baby?’’ if you listen it’s like “ hello how are you . What you can hear is that you start to exaggerate the vowel sounds.’

These things make it easier for Orson to pick out individual sounds and the vowel sounds are the first sounds that Orson will master. A similar thing happens with the face.

So mum doesn’t just talk to Orson – she listens, looks and then responds, helping them become attuned to each other. They are entirely synchronised in vocalisation, mimicry and emotion. This is also the fundamentals for reciprocal love, So Orson learns that he is lovable and that his mum appreciates his love for her too. He’s getting an idea of what it feels like to be with mum and what she’s like. When he smiles she smiles back, when he chats she chats back. If he’s uncomfortable she’ll make him comfortable. Mum and dad’s warmth and their consistent positive responses to him are incorporated into his brain, so the sense of “being him” and that this means being secure and loved, will be something he will retain for the rest of his life.

Access all 461 videos today with a 30 day free trial. To find out more about the trial and Early Years Clip Library membership pricing click below. 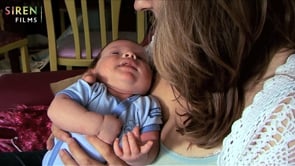 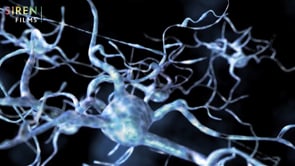 How does experience shape the brain? 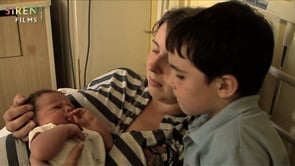