David Whitebread – How can you support the development of self-regulation?

David Whitebread, one of the principal researchers into self-regulation in young children, talks about how you can support young children to become self-regulated learners. Beautifully illustrated with real life examples.

Transcript of video – What psychological developments are needed for self-regulation?

There has been a very considerable body of research trying to establish what is it, you know why is one child very self-regualted, very metacognitively able quite young, why are some people never really develop these abilities to the level that they could. So there’s been quite a lot of studies of this; of parents interacting with children when they’re very young, there’s been a lot of studies of classroom processes, what sort of ethos, as you might call it, is present in the classroom.

Essentially four things come out in all that research. The first of these is that there needs to be a certain type of relationship between the adults and the children, either in the home or in the classroom, which one might describe as being relationships of trust or of mutual regard and that sets up an environment which is characterised by emotional warmth.

Children are always going to work to their highest possible level in those kinds of contexts. This has also been talked about within the developmental literature very much in terms of what is called attachment theory, which is to do with children being securely attached to an adult or a number of adults. Children with secure attachments based on a loving relationship and a relationship of trust and regard, with other significant adults in their lives, are much more confident in their interactions with the environment, they’re much more happy to take risks. And so you start to see children in their physical development and then in their relationships with others, you know with peers, with other children, and in their attitude towards anything new or novel, you know a new task to undertake, they develop what you might call a can do attitude. And of course all these kinds of behaviours, provide them with a range of experiences, which lead to and underpin, them developing their abilities as a self-regulating learner.

So that’s the first thing, and that’s really fundamental. And I mean actually that sort of relationship is fundamental really to all sorts of different development of emotional well being and so on and so forth, understandably. But I think the three other things really kind of flow from that. The first of those is that, what you find, that children who are in this situation of being securely attached, being in that situation, being confident about their world and their environment, what they’re naturally inclined to do it to set them selves challenges. They like all of the time to do something new, find out something new, manage to do something they couldn’t do the previous day and so on. They love all of the time being able to push the boundaries and learn new things. So an environment which, provides them with opportunities for intellectual challenge, turns out to be exactly what they need.

In order to set our selves appropriate challenges it’s only really the child themselves who knows what it is that they’re interested in and want to try out and so forth. So feelings of autonomy or what is sometimes called feelings of control, the sense that you’re in control that you’re an autonomous person in the world, that you can make decisions for your self, and you’re allowed to pursue your own interests, is really you know critical in this as well.

It’s not going to work well if, what the child is doing through the day, is decided by others. So in a situation where a lot of the activities engaged in are teacher directed and decided by an adult who says come and do this come and do this. That’s going to undermine the child’s sense of them being in control of the situation. Erm, you and being able to do things at their own pace, being able to set appropriate challenges, you know being able to try something that they’re interested in trying out or they want to see if they can do and so forth at their own pace and so on.

The fourth area really relates to the work on metacognition specifically. We know that practices that encourage children to reflect upon how they do things turn out to be really crucial. Now this is an interesting aspect of individual differences. What seems to be the case is that some children naturally, monitor how they’re getting on with a task, reflect upon it, are able to learn from experience, so that the next time they’re doing any particular activity they remember what they learned last time and use it and gradually improve their abilities in a whole range of sort of situations. Where as other children as less naturally inclined to do that. So this is an area certainly where there are huge individual differences, and those individual differences are evident from a very early age, but where, and this is the really exciting bit for the point of view of an early childhood educator, they’re very malleable. So you can, by doing a number of very simple things, you can support children to become much more self-regulated. And these sorts of simple things include, engaging in certain types of conversation with children where you’re asking them to reflect upon activities that they’ve done, to plan how they’re going to do something, to talk about what they have learned from a particular activity. Some researchers have studies naturally occurring differences between teachers of young children, some teachers of whom talk about internal states and mental processes quite a bit. “Oh how did you do that? How did you feel when you were doing that? Erm right you know, “we want to make a puppet. What do you think we’ll need to do that? How would we go about doing that?” So asking children to plan and reflect, so on and so forth. Some teachers naturally do that, some do it less. And there’s some nice evidence to show that teachers who do that improved the children’s learning right through the primary school. So those are the key things really that seem to make a difference. Environment of emotional warmth, that provides children with appropriate opportunities for cognitive challenge, that gives children a sense of autonomy and feelings of being in control and that support children in reflecting upon and planning ways they’re going to go about undertaking particular activities. 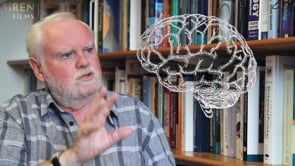 David Whitebread - What is self-regulation? 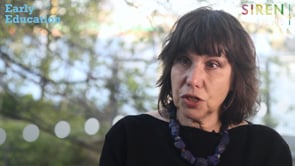 Alison Gopnik - Why do children play? 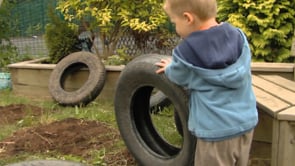 Again, again! What is a schema?