What’s so important about risky play?

It is an interesting observation that young children clearly appear to derive considerable enjoyment from engaging in risky or slightly dangerous activities.

The evidence seems to suggest, however, that this is an adaptation developed during our evolution as a species, and serves the important purpose of helping the individual to learn about the limits of their physical abilities, to recognise when they need help, and to recognise the boundaries between what is safe and what is dangerous. In this sense, children’s risky play is crucial in their learning of how to manage risk. A number of researchers have pointed out that, in our modern safety conscious world, we are actually not helping children to learn how to be resilient to cope with the inevitable risks of everyday life, by putting them in cotton wool during their early years.

As Rivkin (2006) and others have argued, there are many aspects of modern, urban living, which make parents more likely to be overly conscious about their children’s safety, but we need to find ways of enabling risky play and exciting experiences to be part of young children’s experience.

There is also the concern that, as a consequence of urban living, children today do not have the opportunities they need to play in natural environments, such as woodlands, fields, beaches, rock pools and so on, and this has changed quite dramatically in the UK within a few decades. A report written for the UK National Trust (Moss, 2012) cites evidence that the area where children are allowed to range unsupervised around their homes has shrunk by 90% since the 1970s.

At the same time, in the UK and many other countries, rates of obesity, self-harm and mental health disorders diagnosed in children have climbed significantly. This is attributed to a now well recognised phenomena of ‘nature deficit disorder’ (Louv, 2005) arising from children having very limited access to the outdoors and natural environments. Indeed, there is some evidence that risky play is important for children’s emotional well-being and that children who are not given these opportunities are more likely to be fearful and neurotic (Sandseter, 2007).

With 100s of short video clips to search through there's always going to be something that fits your needs. You can search by area of child development, specific theories, areas of play, learning strategies, age or setting and find just what you need to enhance your training and make learning stick. Additional information, prompts and reflection questions provide support and guidance for planning training.

Warning: count(): Parameter must be an array or an object that implements Countable in /home/customer/www/sirenfilms.co.uk/public_html/wp-content/themes/siren-films/includes/includes/videos.php on line 25 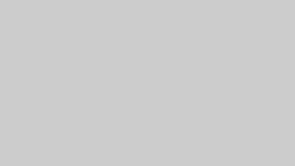 The Two Year Old – at home

The Two Year Old – at nursery

Alison Gopnik – Why is pretend play so important?

Sign up for our newsletter and receive articles, special offers and discounts. We promise not to fill your inbox and we will not share your details.