Two year old Danny is in the nursery garden, the group have been doing an obstacle course. He has a new idea, he wants to get his wheel barrow over the course. How will he manage it?

Two year old Danny is in the nursery garden, the group have been doing an obstacle course. He has a new idea, he wants to get his wheel barrow over the course. How will he manage it?

What are your thoughts about:

What would you do to:

Danny puts 2 rings in the barrow and wheels it to where he wants it. He says ‘heavy’ so knows this is going to be a struggle but carries on. The first hurdle is ok ‘there!’ he says.  Then things get more difficult as the barrow gets stuck but he thinks of a possible way round it and fetches a log to make things more even. Nickolas comes to help and Danny say ‘a koo’. The solution works and he’s very pleased ‘there! – I did it’  but now the barrow’s stuck again so he tries the same solution again – ‘I like it’  he says. This time it’s not working  – the practitioner is watching him as he struggles and she makes a suggestion which he follows. He doesn’t  give up despite repeatedly falling over as he struggles with the barrow. The adult encourages him on. ‘Well done Danny – try again’

In this clip Danny is highly motivated and involved. He’s very clear about his objective and doesn’t give up till he’s achieved his aim. He clearly is enjoying the difficult challenge and being able to conquer it. He looks for solutions, and accepts other’s help. He talks to himself as he struggles, verbalising the problem as he sees it  – the weight of the barrow. The physical aspect  is a big part of the way he’s learning as most learning is at this  age. All this trial and error, creative thinking and struggle lead him to feel competent. He’s certainly showing the characteristics of effective learning.

Access all 461 videos today with a 30 day free trial. To find out more about the trial and Early Years Clip Library membership pricing click below. 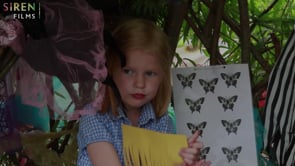 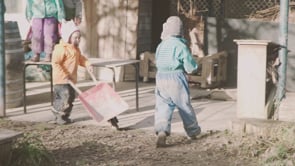 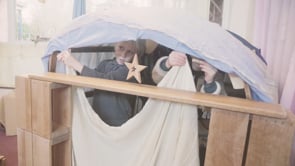